Bigger than ever, the 43rd edition of FIAC explores utopias and displacement

Paris’ International Contemporary Art Fair (FIAC) usually revolves around the gigantic Grand Palais museum with satellite events across the city. This year, however, things are a little different. FIAC’s 43rd edition (running until 23 October) is the largest to date, with a line-up of 186 galleries from 27 countries, as well as an ever-diverse offering including a contemporary dance section and new On Site venues like the Petit Palais and Palais de la Découverte museums.

’Offering the Petit Palais, such a prestigious venue, built at the same time as the Grand Palais for the 1900 World Expo, was a desire many exhibitors expressed,’ explains fair director Jennifer Flay. ’And to see contemporary sculptures like Damien Hirst’s white marble Anatomy of an Angel exhibited among the paintings of Gustave Courbet for instance, helps to see things in a new and different way.’ 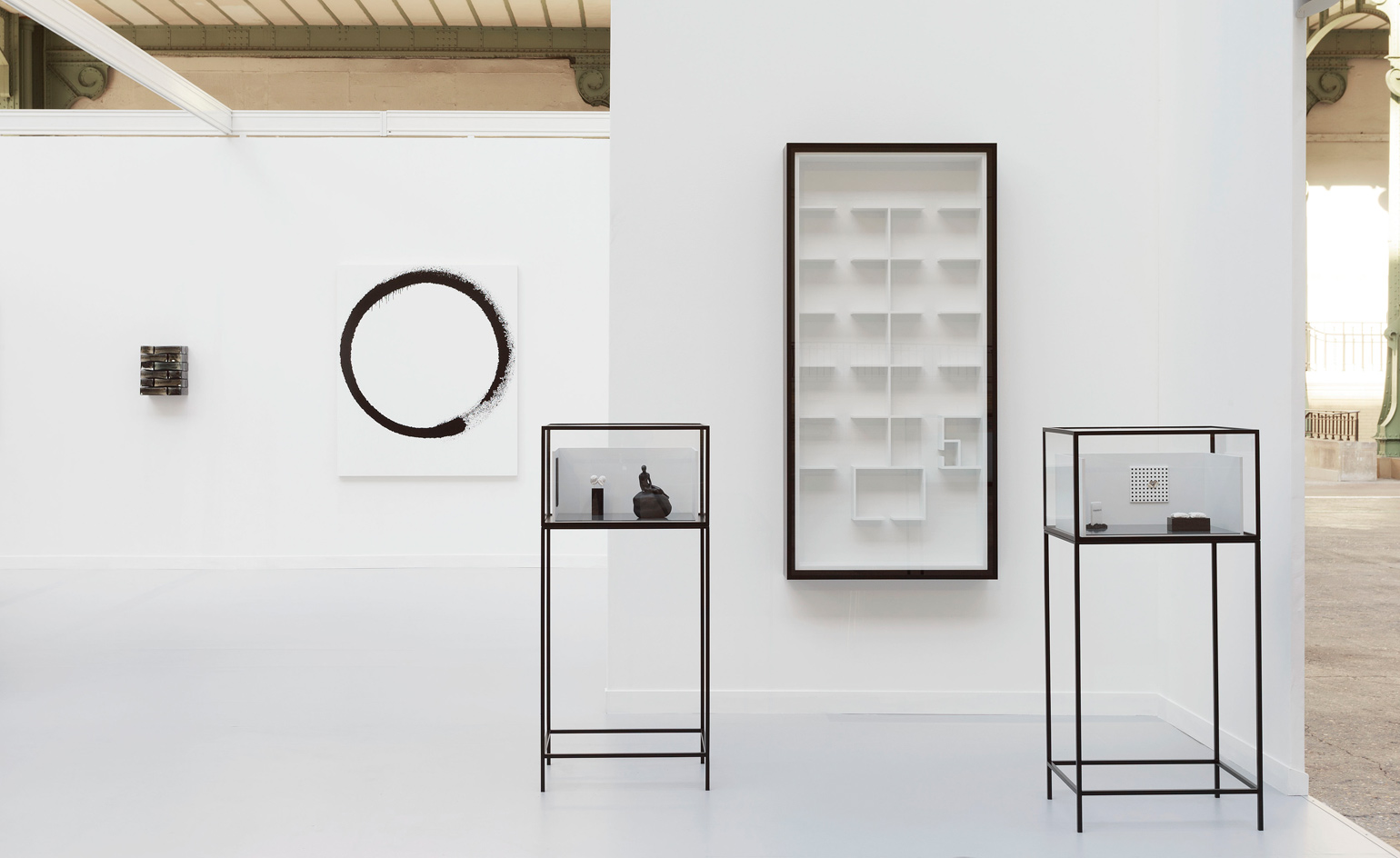 Flay is also eager to see the Avenue Winston Churchill that runs between the two museums – where several artworks will be shown – restored to a pedestrian esplanade as it was in the 1900s. In addition, the event will also see the reopening (after a decade) of the forgotten corridor between the Grand Palais and the Palais de la Découverte science museum, emphasising the building of links between space and time, as opposed to putting up walls.

In fact, many of the installations outside the Grand Palais will explore the unofficial theme of utopia. ’Although it’s not a deliberate response to what’s going on at the moment, there is a link,’ says Flay.

Another must-see on Flay’s list is Ugo Rondinone’s installation of ten 5m-high sculptures of gnarly olive trees and anthropomorphic stone figures on Place Vendôme. ’It’s not an easy space to occupy, and this is by far the largest footprint we’ve had on the square,’ says Flay. 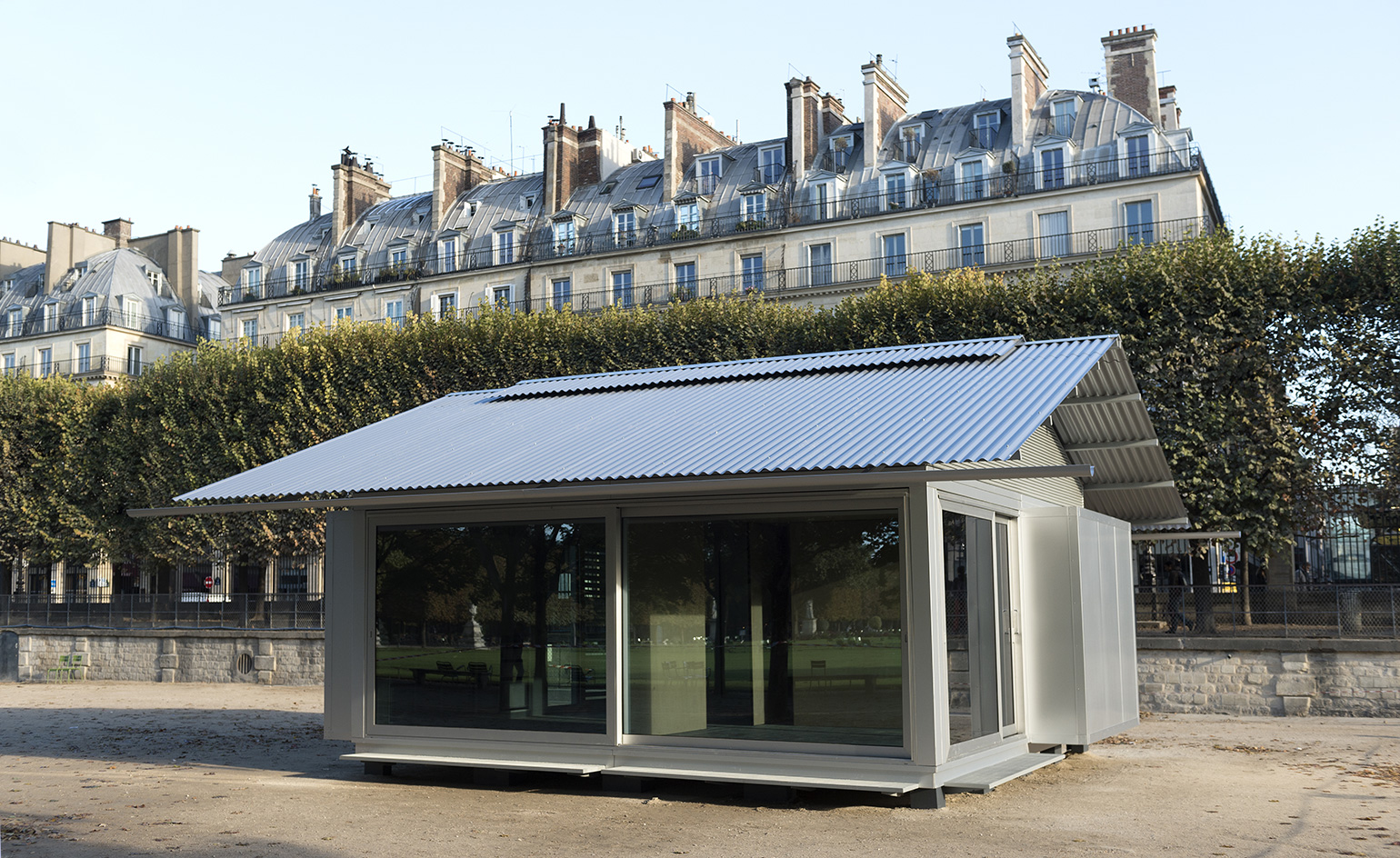 In the Tuileries Gardens, Pezo Von Ellrichshausen further explores the unofficial theme with a mock-up of the lighthouse he plans on building in Lampedusa to help guide immigrant boats, built from bits of washed up wood from shipwrecks. Nearby, architects Jean Prouvé and Jean Nouvel contribute with their all-terrain emergency housing, a response to homelessness caused by natural and political disasters. For Flay, this FIAC is more meaningful than ever. ’We are so thrilled to present these pieces in this context because it makes us think about the terrible situation immigrants are in. But also about possible solutions.’

’The Tapestry’, by Pierre-Alain Cornaz, for Orient Express, from the series Manifest Pieces. Courtesy of Maud Remy Lonvis

’The Secretary’, by Pierre-Alain Cornaz, for Orient Express, from Manifest Pieces. Courtesy of Maud Remy Lonvis

Rogue, by Bernard Frize, 2015; and Untitled, by Pieter Vermeersch, 2016. Courtesy of Galerie Perrotin

Partner to this year’s edition of FIAC, Orient Express is showing its first series of products (and visual travel inspiration, pictured) in a special exhibition area in the Grand Palais. Courtesy of Maud Remy Lonvis

Tondo N°XH 5, by Daniel Buren, 2016. Courtesy of the artist and Xavier Hufkens, Brussels; and Dreamtime, by Stanley Whitney, 2016

’The Lanterns’, by Pierre-Alain Cornaz, for Orient Express, from Manifest Pieces. Courtesy of Maud Remy Lonvis

The 43rd edition of FIAC is on view until 23 October. For more information, visit the FIAC website