Built to resist typhoon season, this house on the Japanese island of Ikema is made of reinforced, cast-in-place concrete with impact-resistant glazing systems. Photography: Shinichi Sato

On the secluded island of Ikema, part of the Okinawan archipelago in the East China Sea, 1100 Architect has recently completed a cliff-top home looking out to sea. Built of concrete to withstand extreme weather, the architects detailed the home with traditional Japanese materials to soften its edges.

The couple who commissioned the house, an art dealer who is originally from Ikema and her husband, an engineering entrepreneur, reside permanently in Naha, Okinawa island, and had always dreamed of having a retreat in Ikema. The architects had previously completed another commission for the couple in Naha City, so they were familiar both with native construction methods, materials available and the traditional, yet contemporary tastes of their clients.

‘They were primarily interested in a clean modern aesthetic, and the choice of cast concrete is a stereotypical construction method in Japan because of typhoon and earthquake requirements’, says Juergen Riehm, lead architect on the project and partner at 1100 Architect. 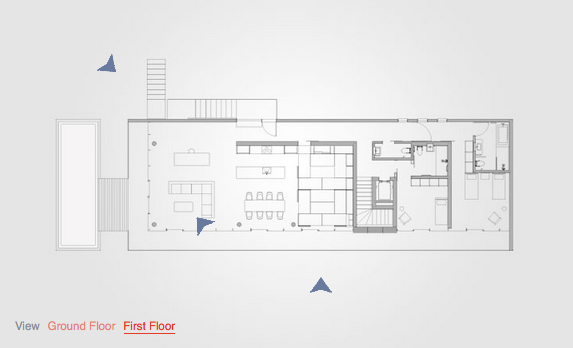 Riehm used floor-to-ceiling glass windows on the southern facade to counteract the heaviness of the concrete; yet to instill a sense of safety during a storm, an elegant pine box hides a sliding layer of aluminium shutters to protect the house. The glass entranceway on the north facade can also be protected from the elements with a sliding panel made of ryukyu pine, a prefectural wood in Okinawa.

Inside, a dropped ceiling made of Japanese cypress wood softens the interiors to make way for a more traditional aesthetic. Central to the plan are two tatami rooms used for tea ceremonies, seen as essential to the Japanese home, one of which would also serve as a bedroom for the mother who also lives on the island.

​All of the rooms for living are planned across the upper level of the house, which opens up on the eastern side to a 10m pool, connecting the inhabitants to the endless ocean view and welcoming in natural light. The lower level of a carport and garage at street level supports the upper level into an ideal position to take advantage of the landscape.

The house was designed by American firm 1100 Architect

... while the lower level acts as the base where the upper level sits, looking out towards the sea and surrounding landscape

A 10m long pool is adjacent to the house, offering long views towards the sea