Inspired by his family’s long association with Bentley, George Bamford has turned his attention to cars

George Bamford made his name – and his company – by applying a touch of polychromatic wizardry to recognisable horological classics. The Bamford Watch Department gives collectible brands limited-edition makeovers, working alongside artists and designers to create playful collector’s pieces that signal discretion or delight. Now Bamford has turned his attention to cars.

Inspired by his family’s long association with Bentley, this one-off Bamford X Bentley goes all-out to incorporate the designer’s signature dark-tint-and-strong-highlight approach. Bentley is no stranger to special requests, of course, and the company’s Mulliner division has a long history of accommodating every conceivable client whim and fancy. 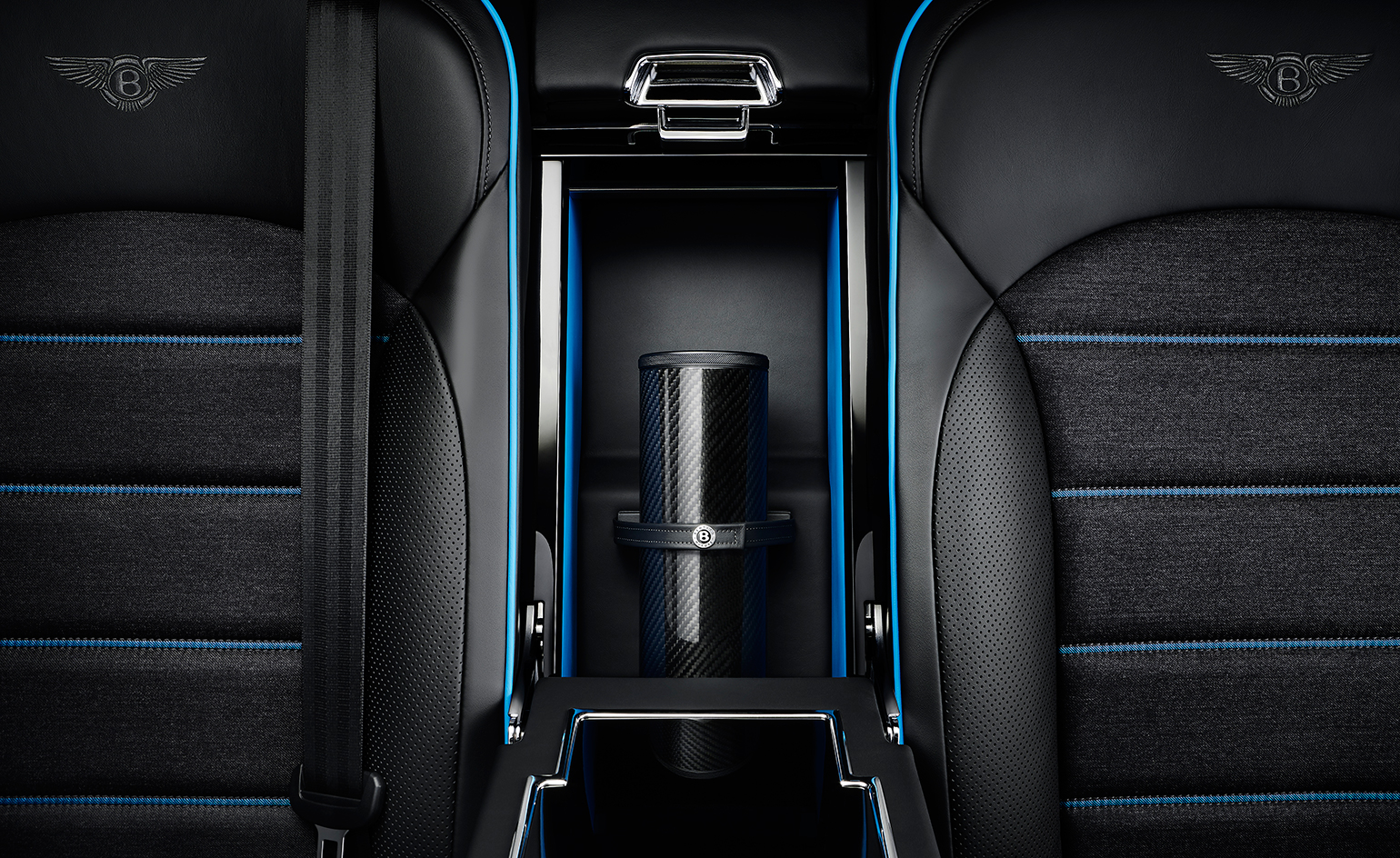 ’Hidden delights’ within the car include a customised Bamford watch case

Taking the flagship Mulsanne Speed as a starting point, the Bamford X Bentley presents the 190mph luxury saloon as a moody landscape of rich materials, splashes of bold colour and ‘hidden delights’. The latter includes a customised Bamford watch case, naturally, nestling in the spot many owners pick for their cocktail shaker, while both the bodywork and the interior feature, the company claims, ‘more dark and black-tinted elements than any Bentley before.’

The Kingfisher Blue piping stands out like stripes of neon alongside the piano black veneer, carbon fibre and dark Beluga hide, a colour also carried over to the bodywork, with a special coating process used to give the same rich matte finish to what would otherwise be shiny brightwork. Naturally the console clock is also given pride of place, with a zinging custom face making it pop out of the discreetly dark dashboard.