A new exhibition at the Olympic Museum in Lausanne zooms into one of the games’ key architectural protagonists – the stadium. Pictured: Beijing’s Bird’s Nest national stadium by Herzog & de Meuron and Ai Weiwei, for the 2008 Olympic Games

Olympic architectural plans frequently prove divisive, with the Games’ infrastructure and shiny new builds often being the subject of ongoing debate, both before and after the always-anticipated tournaments. Either way, the Olympic Park’s main stadium is always its crowning jewel, an emblematic centrepiece that swiftly becomes representative of each year’s Games – and this is exactly what a new season of events at the Olympic Museum in Lausanne focuses on.

Looking into the giant sport structures, the museum is rolling out an extended stadium-related programme, titled ‘Stadiums Past and Future’ – it comprises a temporary exhibition, public talks, a magazine and educational activities. ‘It is about looking at stadiums as a whole, and not only architecturally,’ explain the organisers. ‘Building a stadium is about building the future – modifying a city’s urban landscape and leaving a legacy.’ 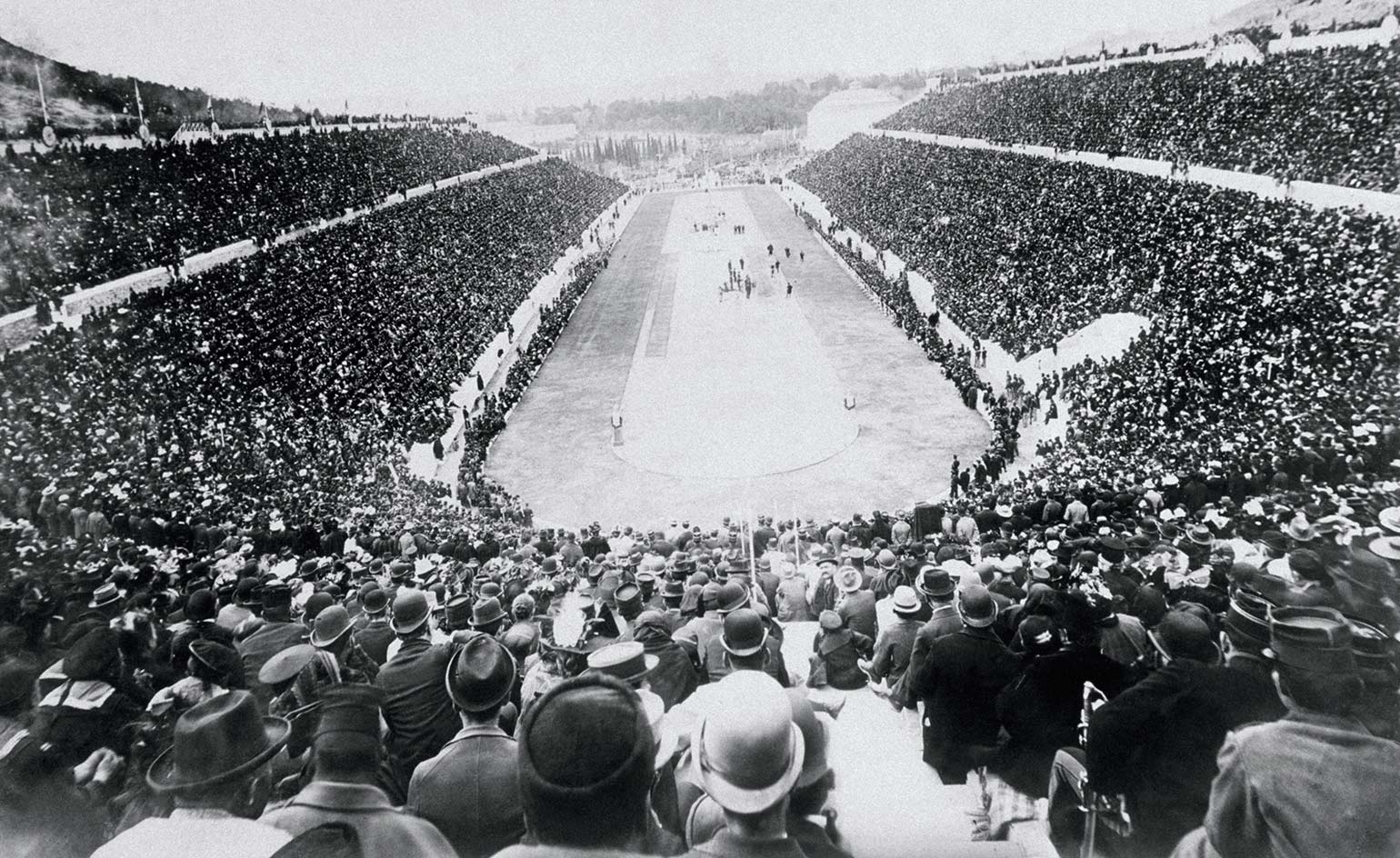 One of the exhibition’s highlights is its look back to the start of the modern-day Olympic Games with the Athens Panathenaic Stadium, built in 1896

Developed by architect Geraint John – vice president for innovation and technology transfer at EPFL Pascal Vuillomenet – and sports historian Nicolas Bancel, the exhibition makes useful notes for the future but also travels back in time, exploring everything from the Ancient Greek stadium in Olympia, through to the modern-day games. Addressing questions of legacy, urban planning and sustainable development, the exhibition guides the visitor into a journey through the different incarnations of the stadium within the Olympic context.

Highlights include a look into Roman arenas and the Athens Panathenaic Stadium of 1896, designed by Ernst Ziller and Anastasios Metaxas, which launched the Olympic Games as we know them today.

The Seoul Olympic Stadium, by architect Kim Swoo-geun, built for the 1988 Summer Olympics

Berlin’s Olympiastadion, built for the 1936 Summer Olympics by Werner March

‘Stadiums Past and Future’ is on view until 7 May 2016. For more information, visit the Lausanne Olympic Museum’s website