The unveiling of the Claridge’s Christmas tree has traditionally heralded the start of London’s festive season, not least because of the illustrious roster of designers who have headlined the Mayfair hotel’s installations. For 2016, it is designers (and long-time friends of the hotel) Sir Jony Ive and Marc Newson who have taken up the challenge of reinterpreting the tree.

The pair, who collaborated with British set designer Michael Howells on the project, explain, ‘Our aim was to create an all-enveloping magical experience that celebrates our enormous respect for tradition while recognising our excitement about the future and things to come.’ This year’s installation is suitably forward-looking with nary a bauble or thread of tinsel to be seen, instead exploring the relationship between nature and technology. 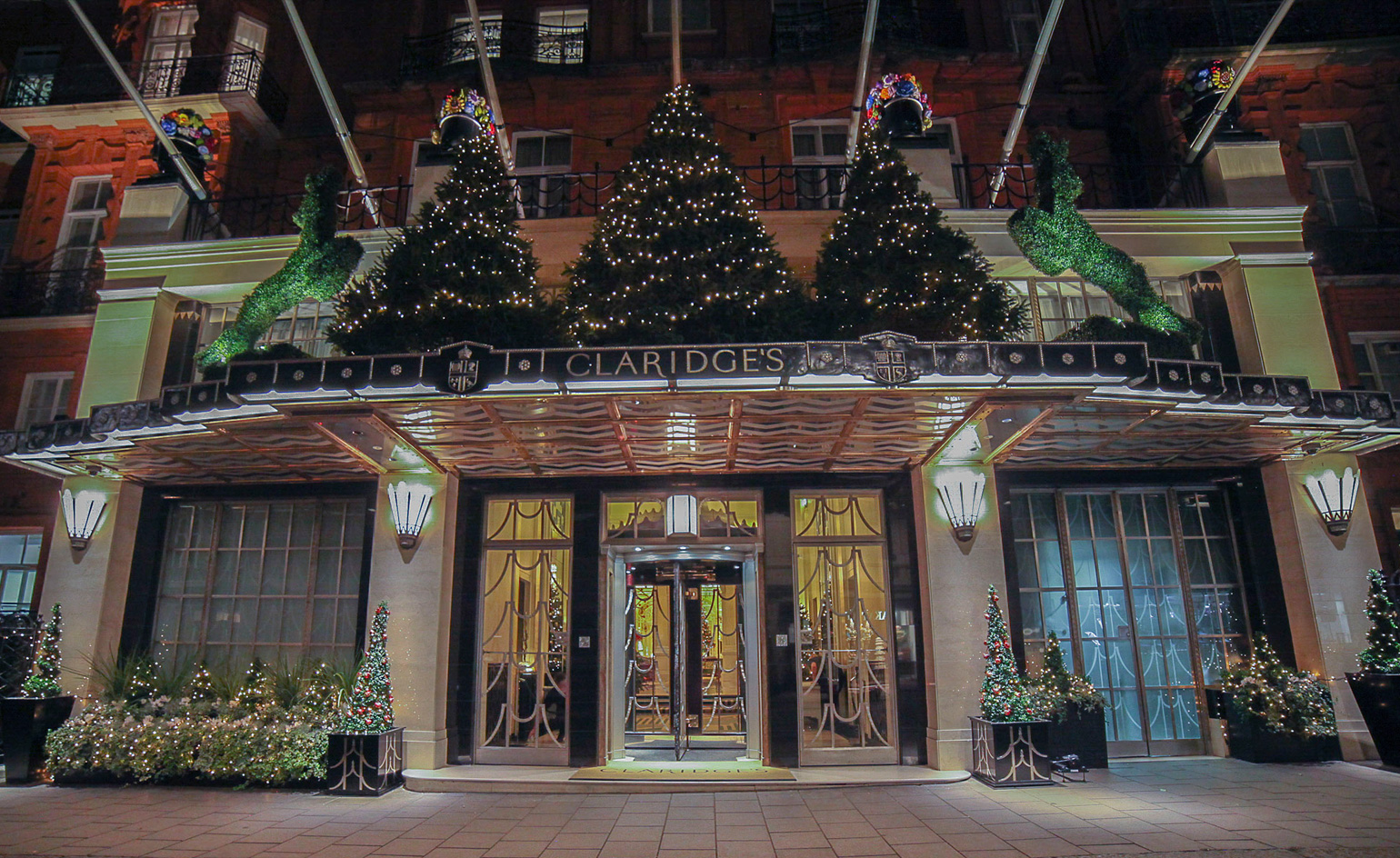 ‘There are few things more pure and beautiful than nature, so that was our starting point, layering various iterations of organic forms with technology,’ Ive and Newson say. A soundscape recalls acoustics from a forest, starting with a dawn chorus and including owls, nightingales, sparrows and foxes. Specially choreographed lighting – synced to the soundscape – creates a dappled effect in the space, continuously cycling through sunrise to a celestial night scene.

A smaller sapling tree grows among the ‘forest’, playing with proportions – but it’s also a symbol of the future, they say. In a year as tumultuous as this one has been, Claridge’s festive installation ushers in some much needed calm and optimism.

Playing with proportion, a smaller sapling tree sits underneath a canopy of natural pine

The immersive installation leads through to Claridge’s art deco lobby, where several bare trees are dotted around the space

The Christmas installation is on view until 3 January 2017. For more information, visit the Claridge’s website