Station to station: Utrecht Centraal opens to the public

Commuters will be rejoice with the news that the new Utrecht Centraal station designed by Benthem Crouwel Architects has now opened to the public in the Netherlands. Construction began in 2010 and the Amsterdam-based firm has been working on the project since 2003.

Designing a sleek and functional space to contain the country’s largest station which houses train, bus and tram terminals and sees 88 million passengers pass through its doors annually – a number which is predicted to increase to 100 million passengers by 2030, was a mammoth task that Benthem Crouwel Architects have made look easy. They do have two other major station projects under their belt after all, working on Rotterdam Central Station and The Hague Central Station in the Netherlands. 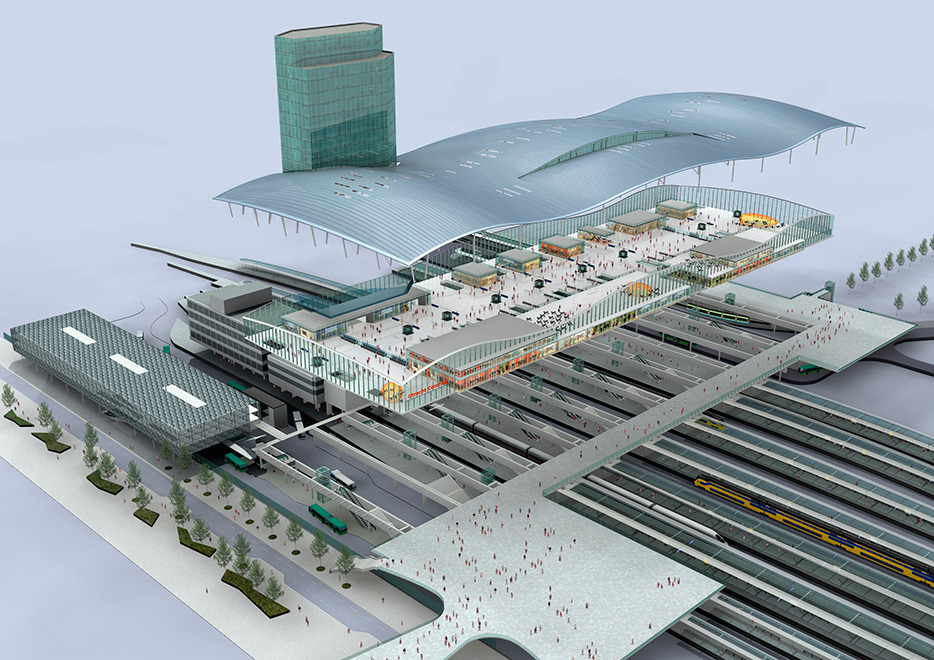 With the ability to ease or disrupt a journey, station architecture should be sensual and reassuring, yet clean and functional – there to make you feel calm and support you when you might need it, acting as a gateway, a guide and a shelter. The design nests all activity under one smoothly undulating roof made of steel on a site triple the size of the original station. The roof is designed as a wayfinder, its waves running between the entrances and exits which by night are illuminated with LED lights. By day, glass skylights bright natural daylight into the building and also act as smoke hatches to ventilate the station.

The roof swells in height above the main terminals, reacting to the functions of their spaces, the density of people gathering and activity forming beneath. For the first time, commuters can pass through the station without tapping in and out with a ticket, so the role of the station evolves again as a fluid part of the city. 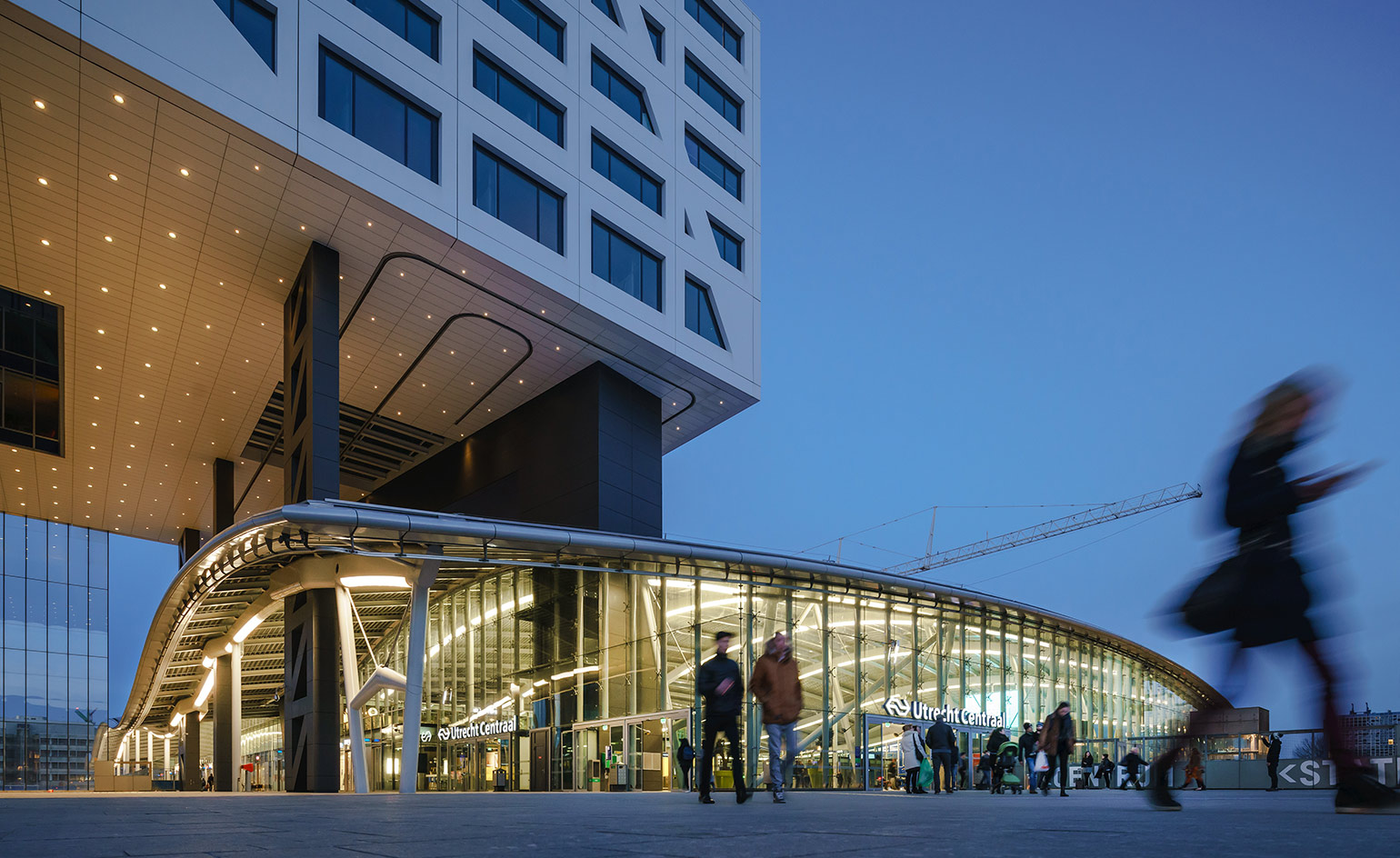 In 2017, the largest bicycle parking facility in the world will be finished to accomodate 12,500 bikes underneath the square on the city side

Weaving its wave into the fabric of Utrecht, the station encompasses landscaped spaces into its design – a public thoroughfare crossing the tracks and two new city squares have been extended on both main entrances, changing the way people enter, experience and leave the city.

This style of integration can be seen at other stations across the Netherlands where, since 1997, six key central stations have been developed, spurred on in response to new technology, yet with an interest to reflect the central role of the station to the Dutch city.

Benthem Crouwel Architects have been working on the project since 2003

200,000 passengers pass through the station everyday

Glass windows open up views across the train tracks and city

Solar panels on the roof will generate 85,000 kWh of energy annually